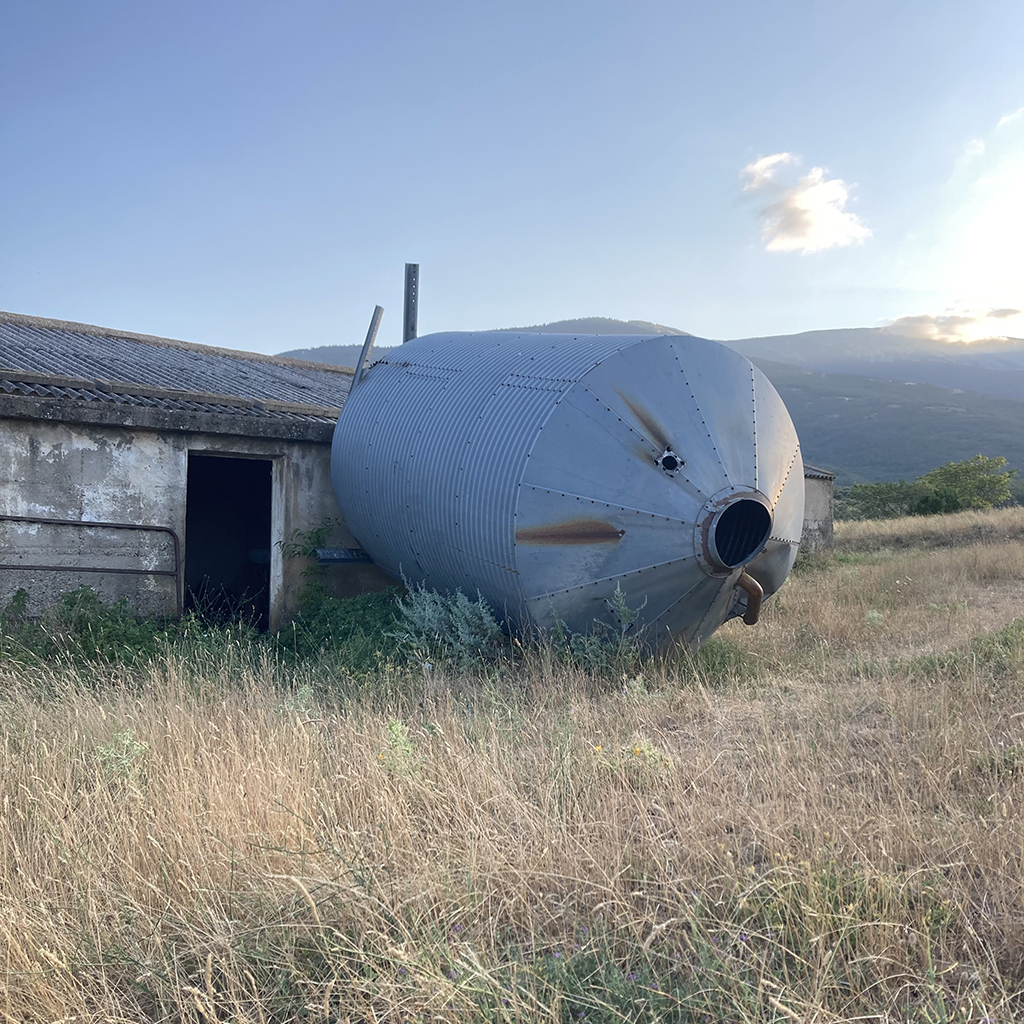 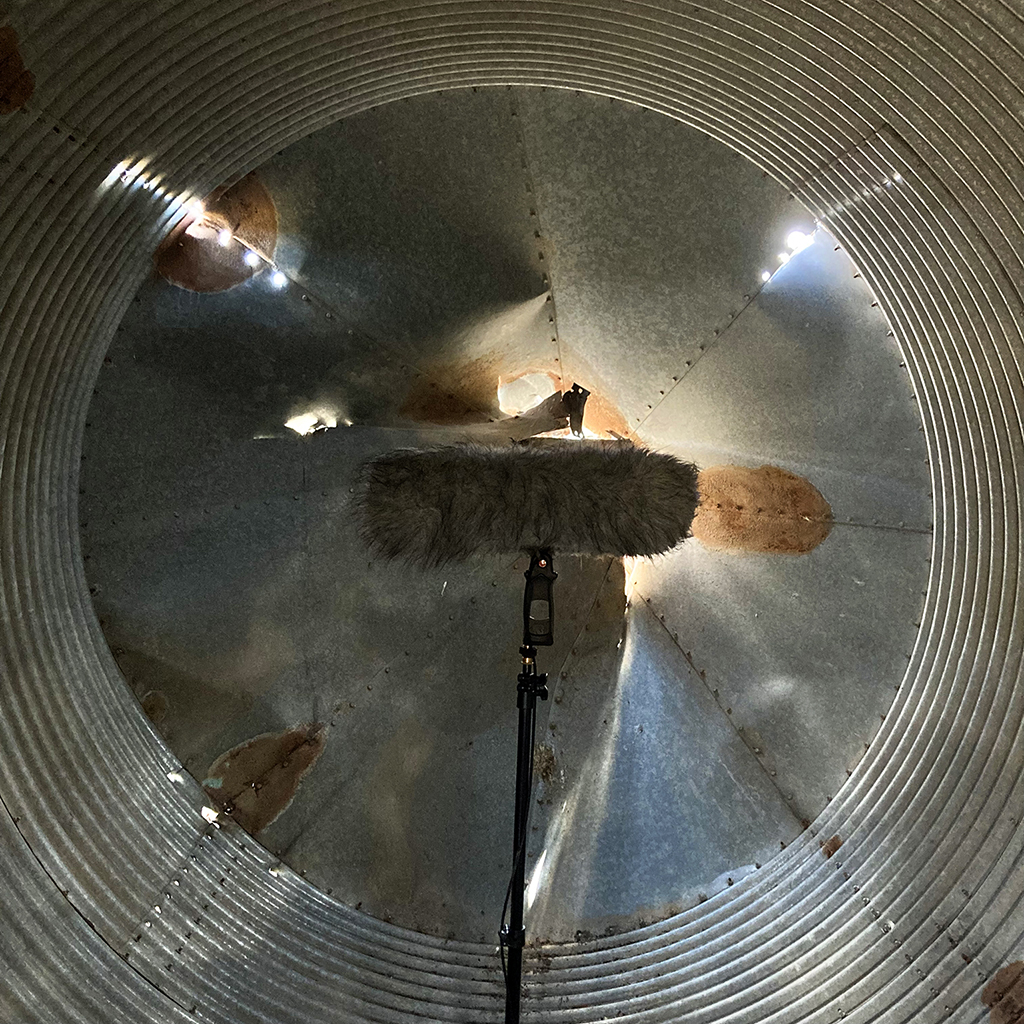 In the summer of 2021, during a tour through the northern Spanish hilly landscape, I discovered an abandoned and dilapidated cattle farm. Not directly visible from the public road, behind a former cowshed I found a fallen, weathered metal feed silo. Listening through an opening in the wall of the silo, I was gripped by subtle resonances of ambient sounds and an erratic, ominous rattle and creaking of the silo in the wind.

With my hands, fists an all kinds of objects and materials lying around on the spot, such as iron wire, wood, hay and old cleaning cloths, I started treating and playing the outside of the silo in an improvisational way to hear which sounds could be made with the silo as a sound object. This resulted in over 2 hours of stereo recordings with which I set myself the goal of mixing a layered, dynamic sound composition.

In order to keep the spatial sound image of the mix as close as possible to the sound experience on site, I have limited myself during mixing to:

– exclusive use of the audio recordings from the interior of the silo. 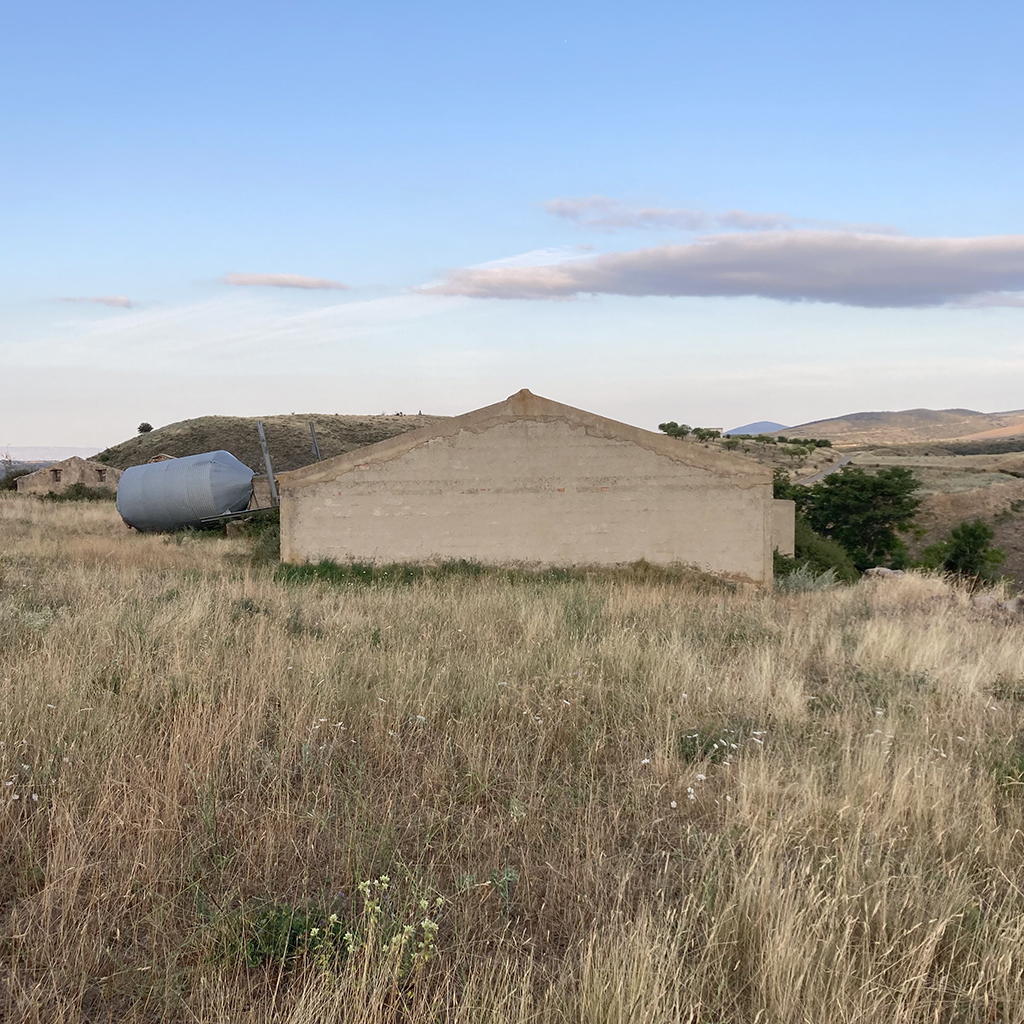 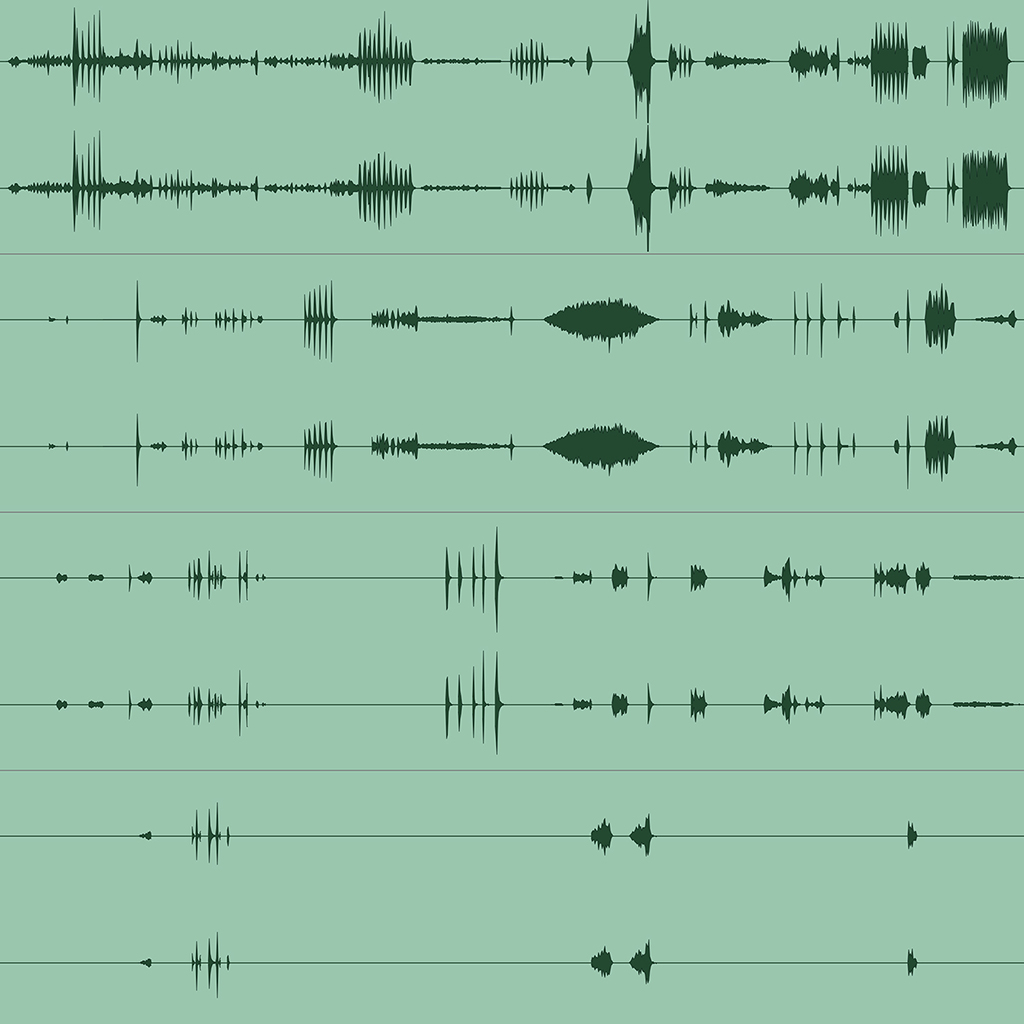